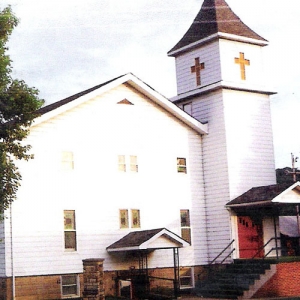 In 1915, the stained windows were placed in the sanctuary.

In 1916, at the annual conference, Hawthorn was separated from the Oak Ridge and Fairmount City Churches.

In 1925, the church was wired for electricity.

In 1926, the basement was added with a kitchen and heating plant.

In 1939, the church was carpeted for the first time and a garage was built for the parsonage.