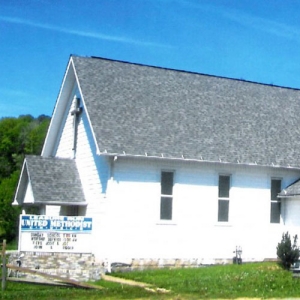 The Leasure Run Methodist Church was organized in 1896. Located along Route 66, south of Clarion, the Leasure Run area was named in memory of Mr. Leasure, who drowned in the run and was buried near its waters.

Early church services were held in the Sayers schoolhouse, that was located a short distance from where the present church is located.

The Leasure Run Church was originally part of the Methodist Episcopal, Erie Conference. When the congregation became organized it bec