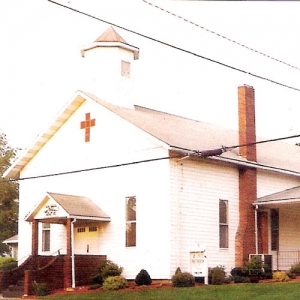 Methodism began in Oak Ridge with the organization of a small class in 1894 with Mr. George McAninch as the Class Leader. Later that same year, a small child at the time, Mrs. Myrtle Reighard Wohlbaugh turned the first shovel of ground to erect the present church building. The New Bethlehem Vindicator, dated October 19, 1894, stated, “The new ME Church, now being erected at Oak Ridge, is up and partly under roof.” The building was opened and ready for use in 1895.

The church, known as the Methodist Episcopal Church, was part of the